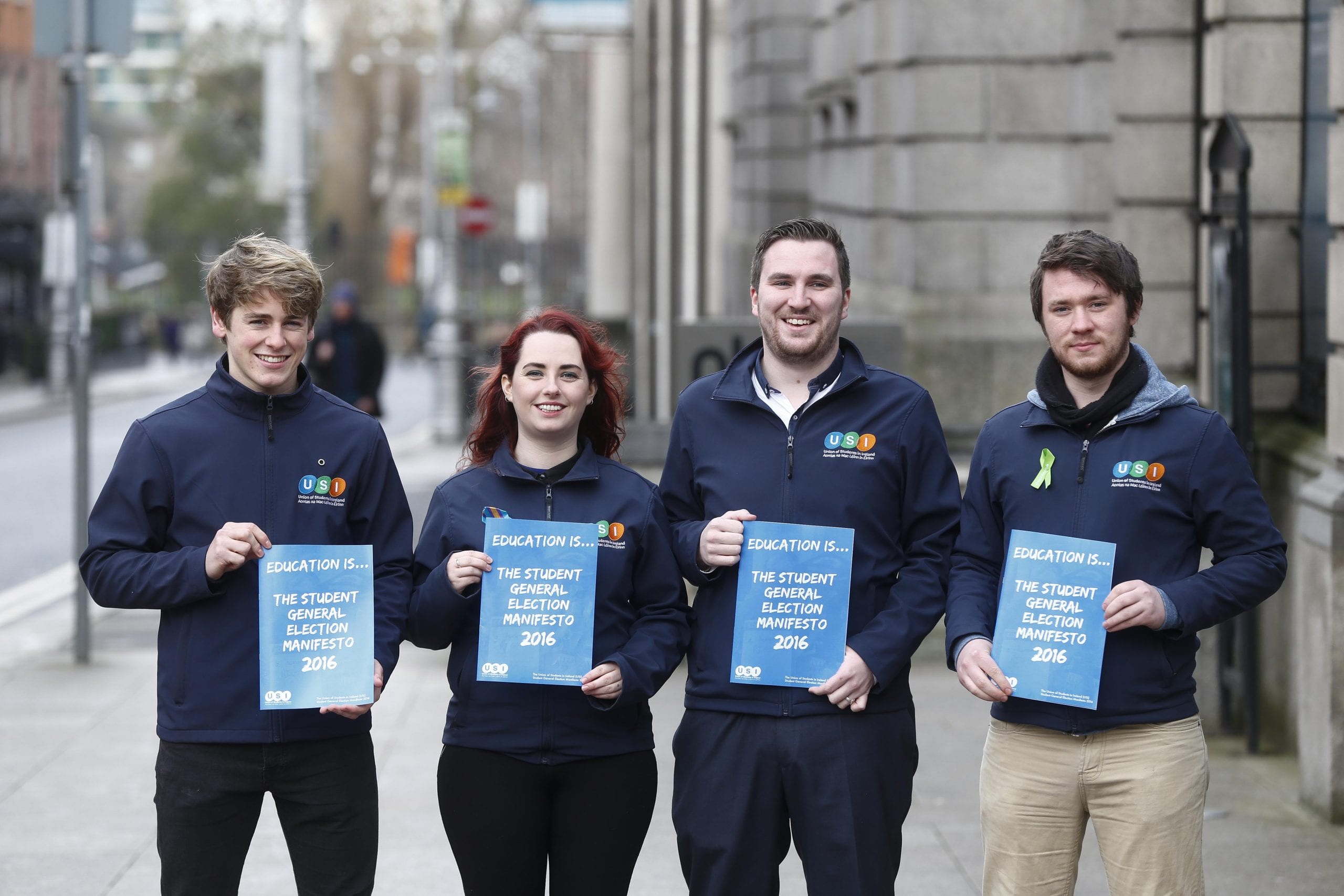 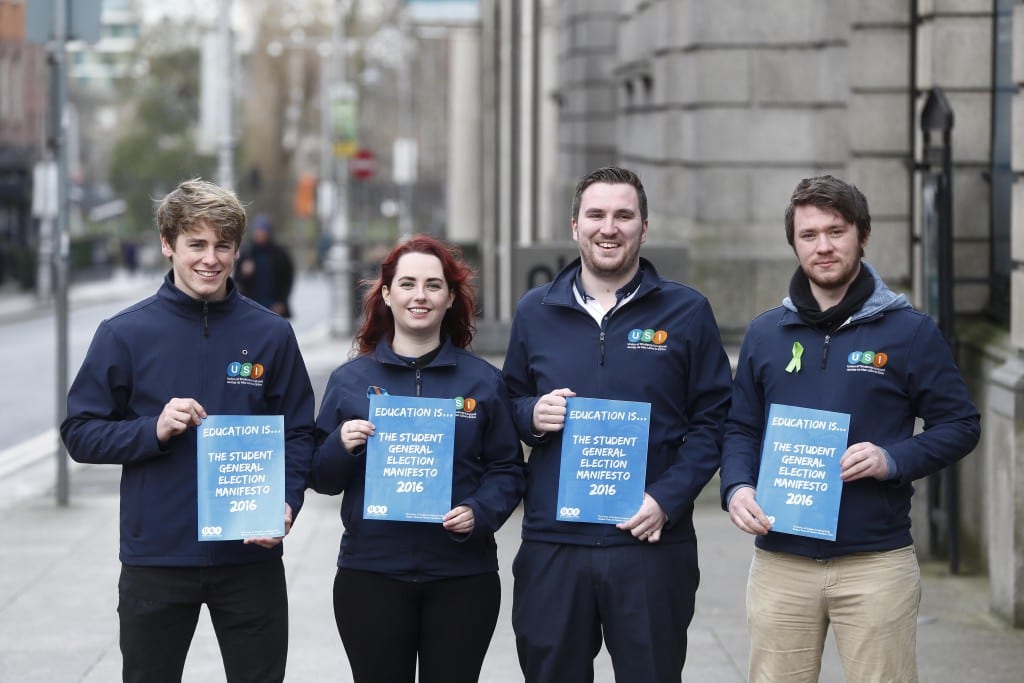 The Union of Students in Ireland launched their General Election manifesto today outside the Dáil, emphasising how young people will have a deciding impact on the makeup of the next government, focusing on areas like accommodation, Higher Education Funding and Repealing the 8th. 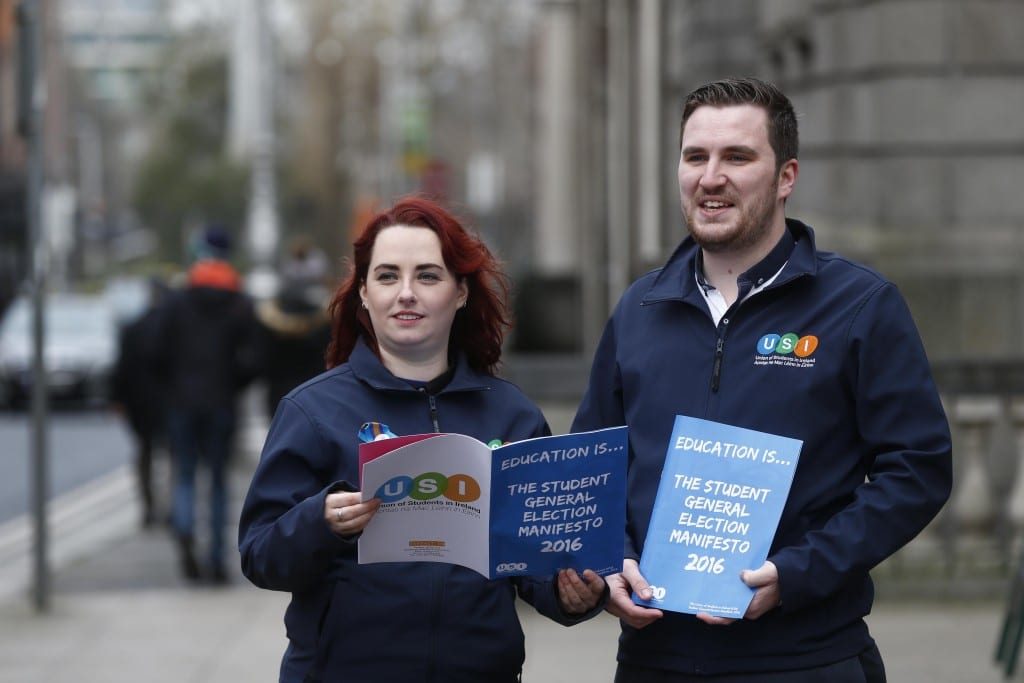 “The 32nd Dáil has the opportunity to introduce real and lasting change for all our citizens.” Kevin Donoghue, Union of Students in Ireland President, said, “100 years on from 1916 we can build an Ireland our children and our parents will be proud of. An Ireland where workers are paid the living wage, there is a right to full bodily autonomy and every person is treated with the dignity and respect that they deserve. Ireland has gone through significant change in the last five years. Austerity has taken its toll on almost every group in society. The impact of harsh and often brutal cuts must be accepted and those responsible must now ensure that it is our most vulnerable who see the fruits of our recovery. In the past two years alone, USI has registered 80,000 new students to vote. USI and Students Unions will be making sure that young people vote in the next election.” 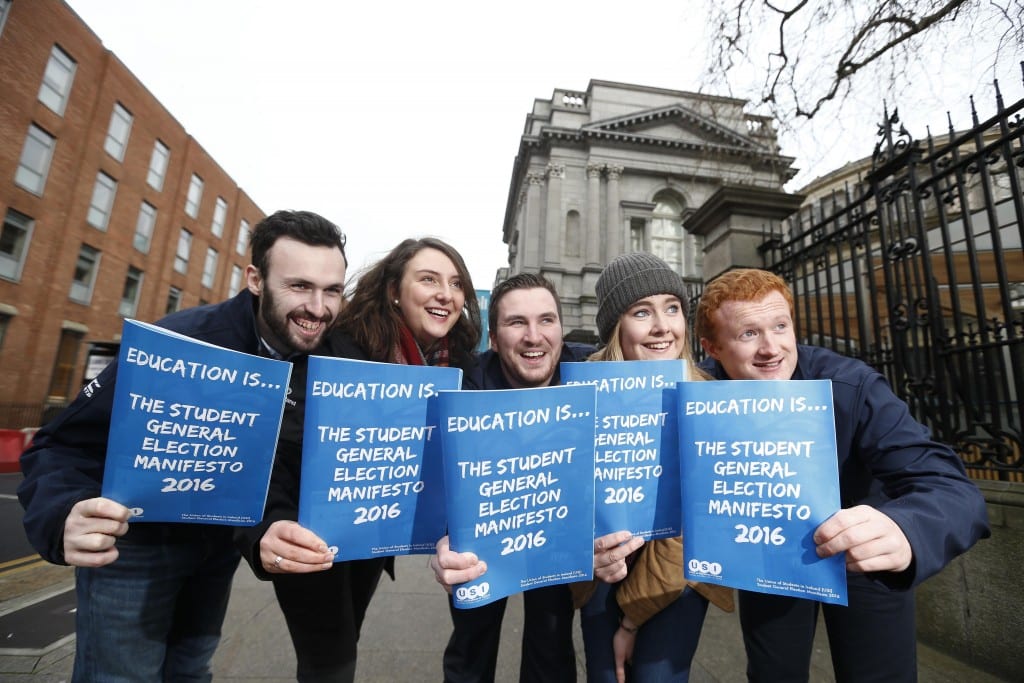 “Young people want candidates and political parties to demonstrate leadership that befits the positions they seek and to map out a clear path to a strong, sustainable future.” Annie Hoey, USI Deputy President, said, “Education from early years to post-doctorate is not just a right but key to economic growth. As a nation we are particularly reliant on a highly educated workforce for growth. An educated society is a major attraction for foreign direct investment coming into Ireland. A highly skilled and well-educated workforce is a benefit to everyone in Ireland. The next Government should seek to follow the example of most of our EU partners and introduce free, publicly-funded education.”

In the manifesto, USI urges the next Government to reject any proposal to increase third-level fees and/or the introduction an income-contingent loan scheme. The proposed income-contingent loan scheme fails to bring state and enterprise contributions to a sustainable level. Income-contingent student loan schemes have failed to deliver the promised efficiencies in Australia and the UK. In Australia, the federal government is out of pocket to the tune of $70 billion owing to default, emigration and slower-than-expected repayment. In the UK, the loan system cost the government so much that they had to sell the loan books.

“USI wants an education system that is free of both financial and societal barriers.” Donoghue said “Failure to adequately invest in education is a failure to invest in society.” 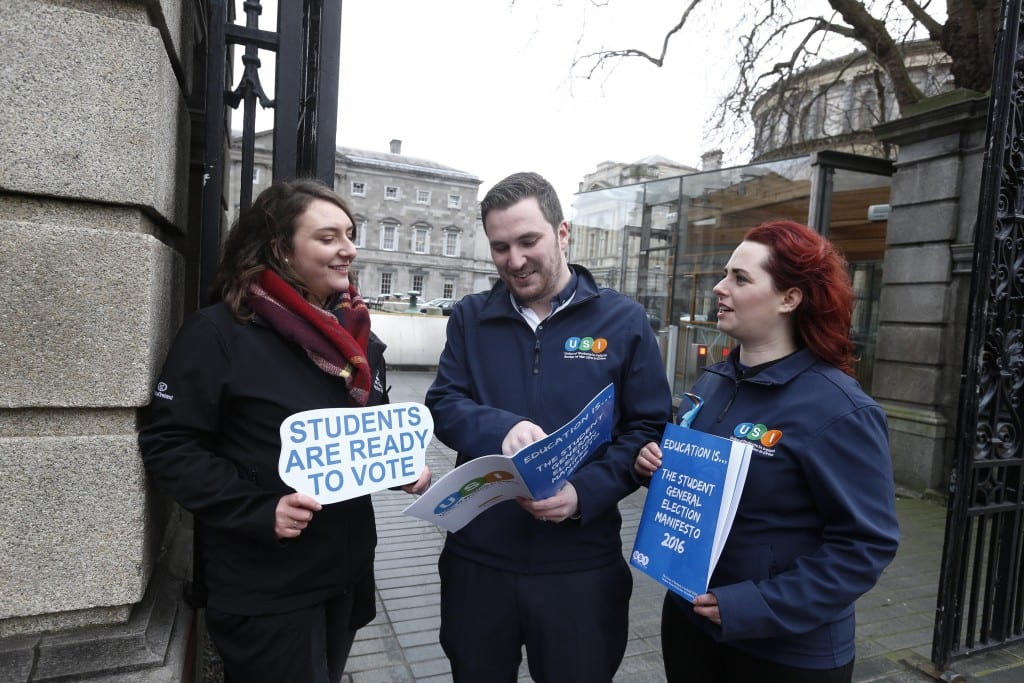 The manifesto also focuses on student accommodation and is urging the next Government to prepare a further short-term solution, such as the use of NAMA-owned properties to temporarily address the student accommodation shortfall; and to amend part 3 of the Residential Tenancies Act 2004 to include a provision that allows for students’ unions or other representative bodies to have legal standing to challenge on behalf of their membership the introduction of new rents in purpose-built student accommodation centres, where those rents are raised outside of term time.