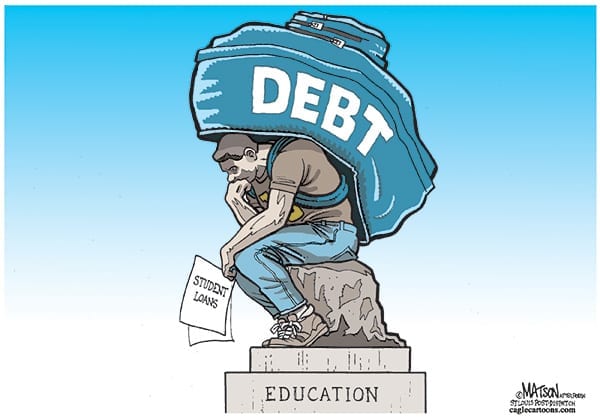 The Union of Students in Ireland has launched a campaign to highlight its top five concerns with the new Bank of Ireland postgraduate loan scheme. The loan scheme was launched this month with the support of Minister for Education Ruairi Quinn. It has been offered as a replacement for the postgraduate maintenance grant, which was scrapped by the Minister in Budget 2012.

USI has rejected the notion that this is an adequate substitute for the postgraduate maintenance grant.

USI and Students’ Unions around the country will be distributing information to our members to ensure that they are fully aware of the onerous terms of the bank’s loan scheme.

Our top five concerns are:

USI is advising students to go to their local Students’ Union for advice on the options available to them.

“This information campaign serves two purposes. First, it informs students of the harsh terms of this scheme. Second, it highlights the failings of the Minister in his negotiation of the scheme with Bank of Ireland.

At this point USI feels that some context is necessary to fully appreciate the situation third level students are in.

In 1996, the Labour Party Minister for Education Niamh Bhreathnach abolished third level fees. The intention was to eliminate financial means as an obstacle to third level education.

Sixteen years later, a Labour Party Minister for Education has seen fees rise to €2,250 and has stated that they will further increase to €3,000 by the end of his tenure.

Sixteen years after fees were eliminated a Labour Party Minister scrapped the postgraduate maintenance grant, which helped tens of thousands of students attain a ninth level qualification – qualifications that drove the smart economy.

Sixteen years after fees were eliminated a Labour Party Minister has presided over the introduction of two student loan schemes from a profit-driven bank. The schemes offer terms that are ill considered, punitive and thoroughly unfavourable when compared to schemes offered in other countries such as the UK and Australia; schemes that were rejected by both USI and the Minister’s predecessor, Fianna Fail’s Batt O’Keefe.

USI rejected the idea of a loan scheme because they invariably lead to the de-regulation of fees and a consequential ballooning of student debt. But Minister Quinn ploughed ahead regardless and in doing so he ensured that both he and his party will be abandoned by Irish students at the next local and general elections.

Twenty years after it eliminated fees, the Labour Party will rue the day it betrayed the promise it made to all those who aspired to pursue their education to its highest level.”